Showing posts from October, 2018
Show all

A Conversation with Robert Berry of 3.2 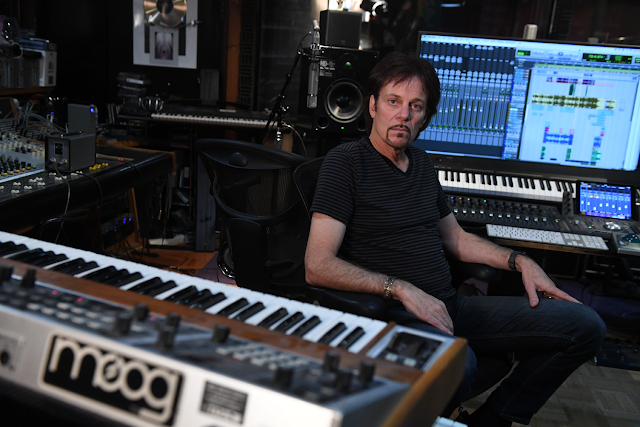 When you're a supremely talented multi-instrumentalist, writer and producer the legends seek you out.  That's been the case with Robert Berry.  Whether it is Steve Howe in GTR or Keith Emerson and Carl Palmer in 3, Berry has been in demand by the best in the business for more than 30 years.  Now, three decades after the release of ...To The Power of Three , Berry is revisiting that classic band and sharing the last work of the great Keith Emerson with his new project 3.2 The Rules Have Changed . Please enjoy the Misplaced Straws Conversation with Robert Berry below: Leading up to 3: Carl & I tried with a few people, Joe Lynn Turner from Rainbow, Don Airey from Ozzy's band, a bunch of guys to try and start a band and nothing clicked as well as Carl & I did. 3:00 On working with Steve Howe in GTR - He said "Nobody has worked with my material like this since Jon Anderson in Yes, this is fantastic". 5:30 On Keith's vision for 3 - He wan
Post a Comment
Read more

A Conversation with Stevie Salas 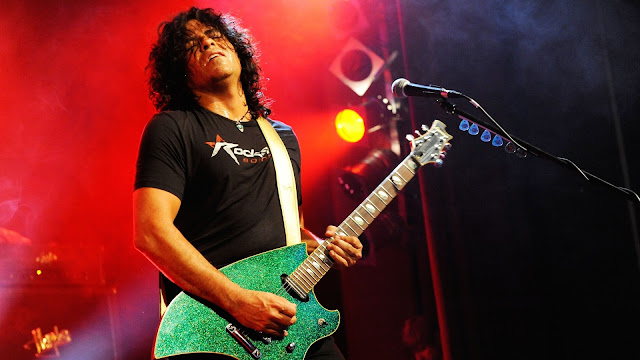 If you've never heard the name Stevie Salas then you haven't been paying attention.  Stevie burst onto the music scene in 1989 when he rocked arenas and stadiums as the guitarist for Rod Stewart's giant Out of Order tour. He also released 11 solo studio records, including his classic 1990 debut Colorcode , he's done time as guitarist and musical director for Mick Jagger, spent 2006-2010 as music director and consultant for American Idol, produced and starred in television projects in Canada, and most recently, served as the Executive Producer for, in my opinion, the best music documentary out there, the Sundance winning RUMBLE: The Indians Who Rocked The World. Please listen to my interview with Stevie below: On growing up in San Diego: I literally grew up surfing and playing guitar! 2:00 On the road to stardom: I moved to L.A. in 1985 to give this music thing a shot and three years later I was playing football stadiums. 4:10 On race in music: I didn
Post a Comment
Read more 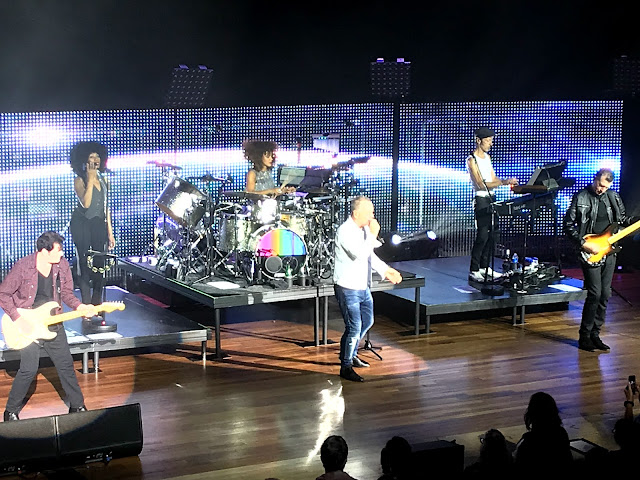 If you walked in to see Simple Minds expecting an 80’s throwback show at the historic Ryman Auditorium you were no doubt disappointed. Instead, Jim Kerr, Charlie Burchill and their new version of the band showed is that Simple Minds is a vibrant, relevant, and flat out killer band in 2018. Over the course of 2 1/2 hours (including a 20 minute intermission between sets) the band wove in songs from its 40 year history including early singles like Love Song and The American with cuts from their 2018 release Walk Between Worlds.  The new tracks fit in perfectly and old were given a modern update and played with such a sense of urgency that you couldn’t help but move to the music.  There was no sense of nostalgia to the old songs, the band attacked them as if playing them for the first time with a pulsating wall of lights behind them, driving them forward as opposed to using the standard videos that show the past At nearly 60 years old, vocalist Kerr looks and moves like a man a fra
Post a Comment
Read more

A Conversation with John Lodge of Moody Blues 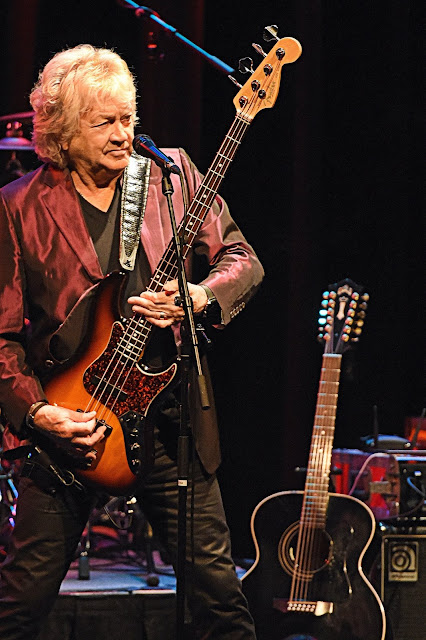 More than 50 years into their career, Moody Blues are once again on a high. 2018 has seen the band get inducted (finally!) into the Rock & Roll Hall of Fame, finish up their two-year tour celebrating the seminal Days of Future Past and their second Las Vegas residency at the Wynn.  During all of this, bassist, vocalist, singer and songwriter John Lodge has not only found time to tour in support of his solo projects (2015's studio 10,000 Light Years Ago and 2017's Live in Birmingham) but to sit and chat about the Rock Hall, his solo work, the future of Moody Blues, Glenn Hughes and a whole lot more.  I present A Conversation with John Lodge. On how it feels being inducted into the Rock & Roll Hall of Fame - I didn't realize the emotion attached to being inducted. :50 You realize how few people have had the honor of being inducted...one of my heroes is Buddy Holly and I can almost stand shoulder to shoulder with Buddy Holly in the Hall of Fame. 1:35
Post a Comment
Read more
More posts