- October 04, 2019
There are few people in rock music that are more prolific than Michael Sweet.  Whether he is fronting Stryper, putting out records with George Lynch or about to release a new solo record, Michael Sweet is always working.  His tenth solo record, aptly titled Ten is about to come out and is packed with guest guitarists and the heavy, melodic rock you expect from any Sweet release. He took some time to chat about Ten, the guest guitarists that appear as well as the ones that didn't work out, his history with Stryper and Boston, and the idea of a full band solo tour.

Please press PLAY below to hear the MisplacedStraws.com Conversation with Michael Sweet:
On all of the guests that appear on Ten - Most of the guys that are performing on the album are friends of mine. I've met them either in person or over or through Instagram or Twitter or Facebook, social media and we just became friends and stayed in touch. I admire their talents in their performances and their abilities and they admire mine and they've seen Stryper perform and are Stryper fans, most of them, and it just worked out that way.  I reached out to these guys, once I started going down this path of having different players on every song, I started reaching out to them and it just all lined up so easily and I look back on it I'm pretty amazed at how simple it was. It really wasn't a complicated task at all. The only thing that got a little complicated was just getting some of the tracks last minute, like day of mix. That was a little bit of a nerve-wracking moment but other than that everything came in great, everything sounded great, everything worked great. :54 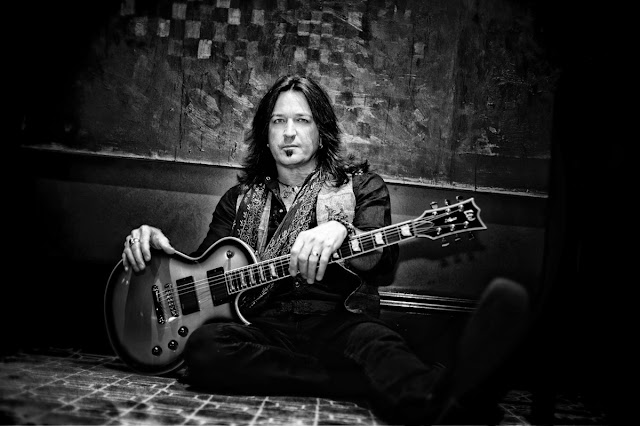 On other musicians he reached out to for Ten - I reached out to Michael Anthony to play bass on a track and he was actually excited about it and willing to do it and ready to do it but he was tied up with the new project with Sammy Hagar. 2:19

I reached out to Steve Lukather and I want to get him on a project and he was really excited about doing it too but he was touring in its schedule wouldn't permit him to do it.
"Ten"
On singing with Queensryche's Todd LaTorre on "Son of Man" - I would consider Todd one of my best friends. I really respect him as a person and we text each other all the time and talk on the phone quite often.  I just really admire Todd as a singer, as a person, just as a musician and he's a big Stryper fan...there's that contrast (in our voices) right,  I've got a different style, obviously, and Todd has a different style but that's what makes it work in a very unique way. It's very cool and I knew Todd was the guy to join me on that song, without question, the second I was writing that song. 5:10
"Son of Man"
On his prolific writing over the last decade - I say this humbly, over the past 10 years I've had this never-ending flow of songs and ideas, riffs, melodies just coming out of me. I can't really explain it other than I think God's just blessed me with this ability, especially over the past 10 years. As long as I have that I want to keep working on material and get as much out of me as I can. The well may dry up someday, I hope to God it doesn't, I pray it doesn't. It hasn't in recent times and I'm very thankful for that. 8:05

On trying to take care of his voice while on tour - Being honest, it gets harder and harder. As we tour and perform I find that it's more of a struggle. I got sick on the last ground run and it took me 2 weeks, a little over 2 weeks, to get over it. I was struggling and battling it out every night on stage and I kept thinking of myself "man I don't want to do this anymore" in terms of singing. I want to just play guitar, I'm tired of struggling with my voice.  Let's bring in some young whippersnapper who can sing all the stuff. I've actually considered that people think I'm crazy for considering that but that day may come up. 14:54


"Better Part of Me"
On his time fronting Boston - Obviously Boston, that first Boston album changed my life as a musician and then to fast forward to 2008 and I'm on stage touring with them. It was life-changing. It really was.  It was a really difficult time, everybody knows it my wife was sick and I was her caretaker and here I am out there on the road with Boston and it felt surreal,l it felt odd, it felt wrong sometimes. She insisted that I do it, and then we had medical bills and it was a good way for us to pay those medical bills. To be on stage performing those songs and singing the songs that I grew up on that change my life was very, very interesting in a very surreal way but it was just for a season.I realized a few years after that that my place,  my priority is with Stryper.  19:11 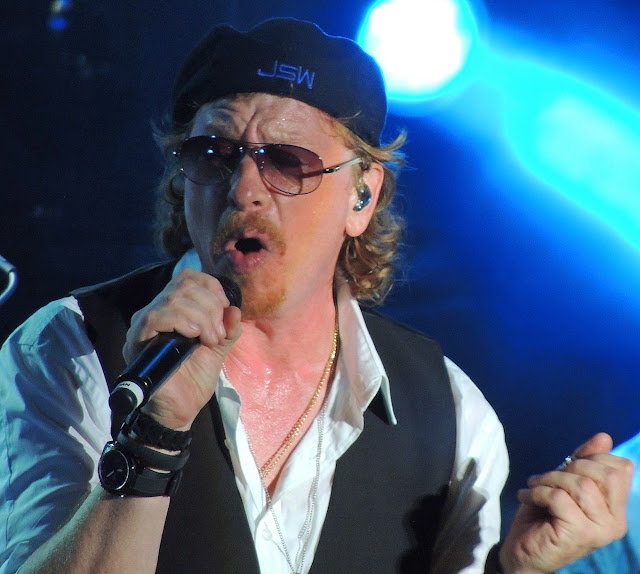 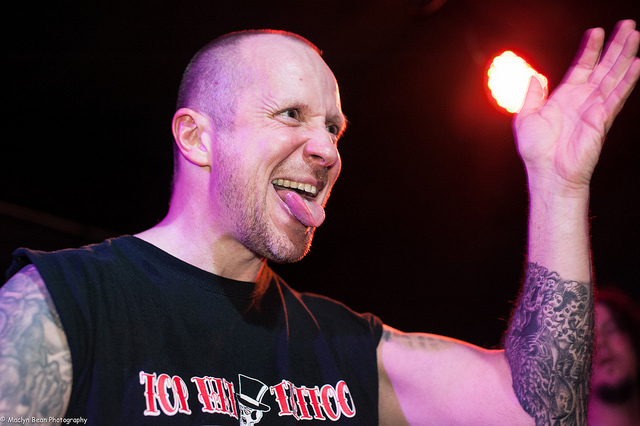