As we've seen in each episode of My Favorite Christmas Songs, there are a lot of Christmas songs and records that mean something to people for different reasons.  One of the big themes is the songs we hear as kids tend to stay with us.  That's the case with Kansas keyboardist Tom Brislin.  Tom and I talked about the impact The Ventures' Christmas Album has had on him, his early experiences playing with established performers, a special Kansas show in NYC around Christmastime, and much more!

For me, I'm thinking of a specific Christmas album and it's The Ventures' Christmas Album. Anybody who knows me knows that I talked about this album all the time. It's actually a desert-island disk for me year-round. Because you know Christmas memories, it's about childhood, right? So I think about the music that was in the house when I was a kid, and I'm a lot younger than my siblings. A lot of the records that were in the house were already kinda old when I was growing up. So this album's from the mid-sixties and it's so fun. 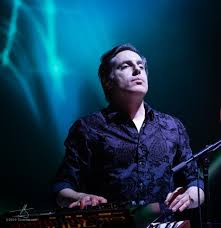 The Ventures are a Surf Rock Band, and they just do a whole instrumental record of songs, what they did was they kind of pioneered the mash-up. they actually referenced hit songs of the day and we're able to leave the Christmas songs in there. For instance, the first song on the record is "Sleigh Ride", but it begins like their own song "Walk, Don't Run". And so they play "Sleigh Ride" in the mold of "Walk, Don't Run" and they do this throughout with all these different bands like they do "I Feel Fine" (from the) Beatles. You think it's gonna be "I Feel Fine" and then it's gonna be "Jingle Bell Rock" or one of those things, I know I kinda mix them up because they kind of meld into each other.
"Jingle Bell Rock"
But one of my favorite ones is on "Blue Christmas". They actually do it in the style of this old song called "When You Walk in the Room". Years later in my adult career, I had the fortune of playing a couple of gigs backing up the singer Jackie DeShannon who had a hit with this song in the sixties, and it was on the setlist and we started playing it. I didn't realize that this was the song,  and as soon as I heard the intro I'm thinking, "Oh man, it's The Ventures' "Blue Christmas". I love it.". But it's just kind of a full-circle moment for me.
"Sleigh Ride"
Last December, the end of our tour, now, this wasn't a Christmas show, but it was a special event, and it was surrounded by all the holiday vibes. We completed our tour at the Beacon Theater in New York, and we did a one-off show where we played the entire album of Leftoverture and the entire album of Point of Know Return. We have been doing Point of Know Return in its entirety, plus other Kansas assorted classics, I guess you could say. But for this show, we also brought in Leftoverture, which is such an important album to Kansas and the fans. And I would have loved to do it more because there's a lot of homework for me,  playing "Magnum Opus" is not like playing "Mony Mony",  a lot more homework. But it was a special event and  New York is always a very special place to perform on a big tour, and it and it often happens that big tours that I've been on end in New York, I guess because you've got all that time, your home and you want to just knock them dead in New York City. But low and behold, we're there,  down a few blocks is the Rockefeller Center Christmas tree. You know what I mean? I have great Christmas memories attached with that show, but who knows? Maybe we rock out some Christmas students one day who knows anything's possible with Kansas.
"Blue Christmas"
My Favorite 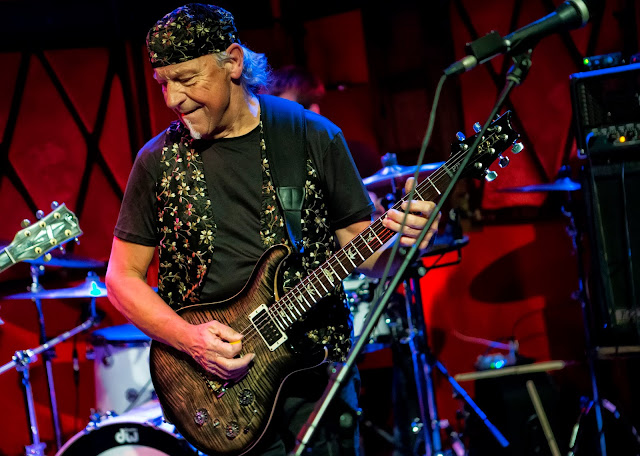 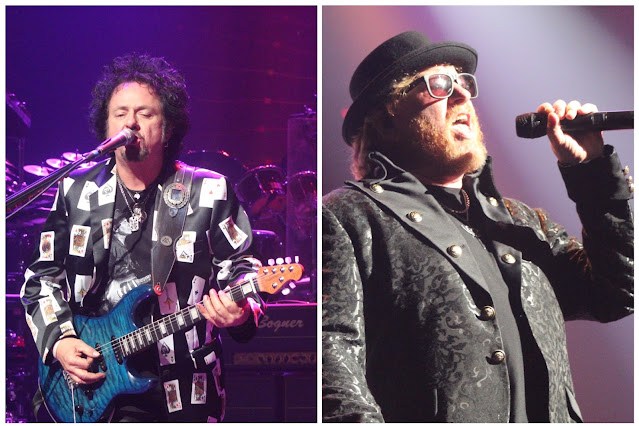